firing up the wayback machine

i was pulling some older pics for jason today and realized i've got a whole load of shots that aren't up on flickr... a few shots have been put up there, but here are a couple of new set of pictures i shot back in good old 2005: hilary elgert at the watershed
Posted by joe at 6:09 PM 1 comment:

publish first, ask questions later. this should have gone up on monday, but here it is anyway.

heather was out of town this weekend. normally, that means i end up riding and not doing much else, but this turned out to be a pretty productive & fun weekend. i...
the first 4 items were with the help of my parents who came over to help out on saturday morning. getting the shower pan out of the bathroom was a big step forward. now all that's left is pulling up the hardwood floor. we'll probably leave the subfloor down until we start on the framing. that would require actual plans, though, and that's something we haven't managed yet.

the dry stout partial mash brew session went fairly smoothly. the strainer i was using for the sparge was only just big enough for 4.5 pounds of grain and and it was a bit too big to fit in my brew kettle. i ended up having to shuffle the strainer and pots of hot wort around a couple of times and in the process made a bit of a mess. gravity is a bit lower than expected (1.036, target was 1.042) but i sampled before mixing and aerating, and i've had some low readings before when the batch hadn't fully mixed.

i'd hoped to get the wall cabinets up in the basement on saturday, but there were some complications. the cabinet widths and stud spacing are causing some headaches and they're going to require a little extra work to make sure they're properly hung.
Posted by joe at 11:28 AM 2 comments:

just back from new hampshire. we had a great weekend of skiing and hanging out with friends. conditions were classic east coast: groomed granular snow with crust, crud, and patches of ice. ok, it doesn't sound fun, but it was. after a taking a good dumping of snow in the last couple of weeks, the lake sunapee area got a night of freezing rain mid week that solidified the top half inch into a hard crust. if it hadn't seen a groomer, then it was a solid, but if it had the snow was granular, but plentiful and dry. saturday was very cold and we spent the day at mt. sunapee. great snow, fun groomers with some steep stretches -- great for attacking the hill and gaining some speed. i got a few fun runs in with heather and spent the rest of the day trying to keep up with evan and matt -- i wasn't very successful. sunday we drove an hour to okemo in vermont. the snow wasn't quite as good, but the terrain was more varied and there were some fun glades open. the snow in the woods was a little tricker to deal with: big crusty bumps and lots of chopped up crud where the crust had been broken, but they were a blast, especialy since a year or two ago i wouldn't have even touched them. heading north today for a couple days of skiing. new hampshire here we come...
Posted by joe at 5:34 AM No comments:

honey, where did the bathroom go? i've been working on demolishing the first floor bathroom for the last couple of weeks. matt came by tonight and helped me get the pipes to the shower cut & capped. we soldered the pipes, shared a couple of homebrews (my supa-phat and matt's alt) and then matt stuck around to help demolish the shower stall. 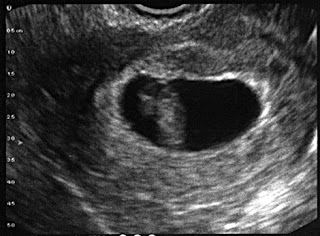 est. release date: early september 2008
specifications: currently unknown, check back for updates in 12-14 weeks
Posted by joe at 11:47 AM 10 comments: